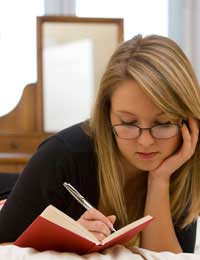 Before learning about prefixes and suffixes in the English language, we must first take a quick look at what root words are.

Root words are words in the English language that has nothing added to it. A root word has a meaning and it stands alone as a word. Root words can be changed by adding prefixes and suffixes to it.

The following are a list of root words that can be adapted by prefixes and suffixes.

Prefixes are what you add to the beginning of a root word. Prefixes usually change the meaning of the root word.

Spellings Of Root Words With Prefixes

More often than not, when you add a prefix to a particular word the spelling, of both the prefix and the root word, stays the same.

However, there are exceptions to this rule. If you come across the prefix ‘all’, you will need to lose the second ‘l’ in ‘all’.

There are times that you can add more than one prefix to some root words. You can also add prefixes to words that have suffixes attached to them.

Suffixes are what you add to the end of the root word. Suffixes can be added to words that have prefixes already attached to them. Adding a suffix to a word may end up changing the meaning of the original root word.

The most common suffixes to be added to words are ‘ing’ and ‘ed’. Suffixes usually make the word grammatically correct. So, the sentence will end up making more sense than the root word on its own. For example: instead of saying “I was talk to Richard” you would say “I was talking to Richard”.

Occasionally, adding a suffix to a word will change the spelling of the root word. When you come across root words (usually one syllable words) that end in a singular consonant, you will need to double that letter before adding the suffix.

When you come across longer root words (more than one consonant) that end in the letter ‘l’, you will need to double that ‘l’ before adding the suffix.

If the root words ends in a consonant, and the suffix starts with a consonant you won’t need to double the connecting letter.

Prefixes and suffixes will give you the opportunity to increase your vocabulary by learning new words. They also give you the chance to be able to clearly communicate with other English speakers.