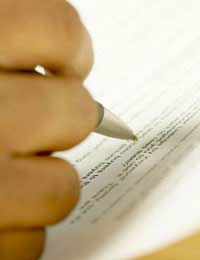 Writing in English is a representation of the spoken language. Therefore, spelling is very important if you want to be able to clearly communicate with others. The importance in spelling and writing is clear – writing stays fixed, even as the spoken language adapts. So, English spelling can at times, seem totally illogical.

There are certain spelling rules that will help you with your spelling. However, it is important to remember that even the clearest rules have their exceptions.

When you come across words that end in double l and you are adding a prefix and/or a suffix, you will need to discard an ‘l’.

There is, of course, an exception to this rule. When combining the words hill and side, you actually leave the second ‘l’ – Hillside.

When words contain short vowels, they are usually followed by a double consonant:

However, words with long vowels will normally only have a single consonant:

When you say the words out loud, you will notice the stress you put on the vowels in the words. This makes it easy for you to determine how to spell that particular word.

Words Ending In The Letter ‘E’

People often become confused with this English spelling rule. There seems to be some words that the rule applies to, and others where it doesn’t.

Here is an easy way to remember the words that the rule applies to and the words where the rule changes.

The majority of words that end in the letter ‘f’ become plural by adding the suffix ‘ves’. However, there are a few words that no do apply to this rule: Chiefs and roofs.

When words end in the letter ‘y’, and they have a vowel preceding it, just add the letter ‘s’.

However, when the word ends in a ‘y’ and has another consonant preceding it, you should change the ‘y’ to ‘ies’.