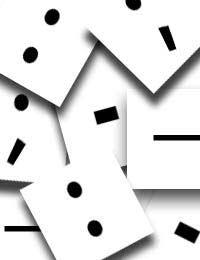 Let’s take a look at each one and the ways in which you can use them correctly within the English language:

When using the colon in the English language, they are there to show the reader what is going to follow on from what you have just said. In a way, using a colon signals to the reader to anticipate what is next. Colons are normally used before a significant explanation or a list of some sort.

The clauses that end in the words ‘as follows’ or ‘the following’ are examples of when you would use a colon in a sentence. However, when the sentence ends in ‘such as’, you can’t use a colon as it isn’t a complete clause. The words ‘such as’ should be followed by the item or object first in the list, and then a comma.

The semicolon has a slightly different function compared to the colon. You would use a semicolon when you are joining two clauses that are closely related in content. The clauses, when using a semicolon, shouldn’t have coordinating conjunctions before it (but, and, or, yet).

However, they can be used in sentences with coordinating conjunctions when there is internal punctuation:

The hyphen, when used in the English language, is a short horizontal line used in a few compound words. Sometimes, the hyphen is used to connect root words with prefixes and suffixes.

Not all compound words are hyphenated, and neither are all root words that have prefixes and suffixes attached to them.

If you need help decided whether or not a word needs a hyphen, use a good quality and updated dictionary. This is a good way to make sure you are using the hyphen correctly.

In the English language, there are actually two types of dashes used: the ‘en dash’ and the ‘em dash’.

The em dash is not as common and is used to show a huge difference in direction or in emphasis from the main sentence. There is no space between the words and the em dash between them.